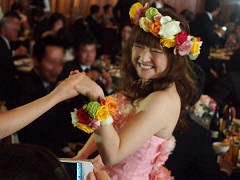 Hajimemashite. My name is Shizuka Seyama.

I am from Saga prefecture. I lived in Tokyo for a long time but in 2013 I moved back to my hometown. I love the lively city of Tokyo as well as the quiet city of Saga.

My hobbies are reading books, singing, and painting.
In my class it is alright to make mistakes. Failure teaches success!!
Let's share many laughs together while we study Japanese together ♪

Seyama sensei is taking a maternity leave from classes at this time.

Try 3 Trial FlexLessons for only $9 !